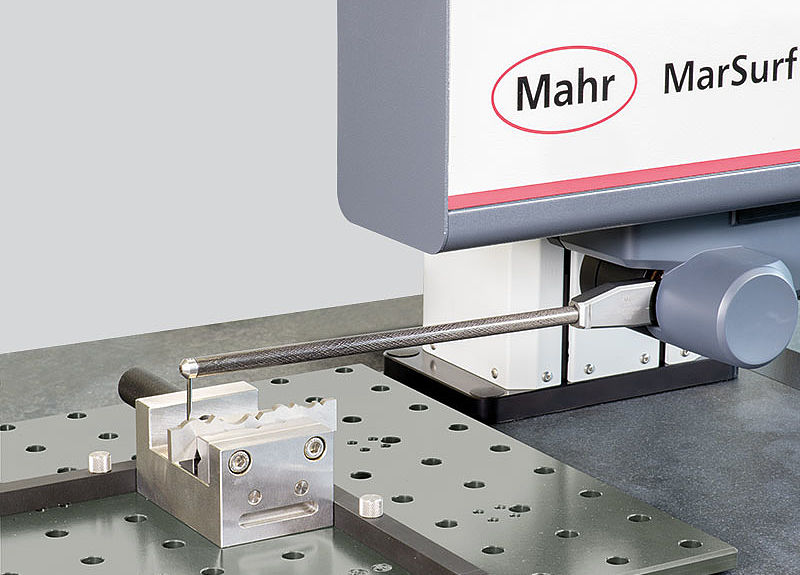 Mahr has succeeded in obtaining DAkkS/DKD-level accreditation for its contour measuring instruments. This makes Mahr the first company to be able to carry out calibrations at this level and also fulfills the requirements of IATF 16949 for measurement laboratories and service providers.

Modern contour metrology is a relatively young discipline that emerged around 40 years ago. Until then, however, it was not considered a discipline in its own right, since many measuring tasks could also be performed with other devices: Geometry elements such as radii or angles, for example, can also be inspected using coordinate measuring machines. The same applies to straightness or profile shapes, which can also be measured by form measuring machines, or distances between contours, which can be precisely determined by length measuring machines or coordinate measuring machines. "This was the reason why the Physikalisch-Technische Bundesanstalt (PTB), Germany's highest measuring authority, for a long time referred to other measuring methods," explains Matthias Reitemeyer, Head of Chief Engineering at Mahr GmbH and responsible for product development. "As measurement technology expert, however, we find that contour metrology has a great raison d'être: it can measure certain features – such as small radii or transition radii – much faster and more effectively than other methods. And it is not only easy to operate, but also highly attractive in terms of price for users."

"Due to the fact that this discipline is still quite young, and due to non-existing templates, the hurdle to obtain the corresponding accreditation was enormous. All the basics had to be worked out first," report Axel Burscheid, Director Global Service, and Christoph Müller, Head of the Systems Calibration Laboratory at Mahr. Some preliminary work and persuasion was necessary, initially with an uncertain outcome. Finally, together with the PTB, they were able to bring the topic forward and develop a procedure to define the scope to be accredited. The VDI guideline mentioned above served as a basis for this.

Most accurate results, detailed data
Another factor gave a further boost to the desire for accreditation: the automotive standard IATF 16949, which contains a passage that explicitly deals with testing and calibration services and requires them to comply with ISO/IEC 17025, i.e. the DKD/DAkkS level. Since no provider has been able to meet this requirement to date, there has been no alternative to the manufacturer's factory calibration certificate.

This is exactly what has now changed with Mahr's accreditation to DKD/DAkkS level: Mahr is the first company that can offer DKD calibration for contour measuring instruments, "a real unique selling point," as Axel Burscheid emphasizes. The Mahr measurement specialists can thus offer the most accurate results, including detailed measurement uncertainty information. But it is not only the automotive industry that has a major advantage as a result – industries such as medical technology, mechanical engineering, aerospace or electronics, in which maximum accuracies are also important, also benefit from the new DAkkS/DKD calibration certificate from Mahr.

This process took about three quarters of a year, as Matthias Reitemeyer reports. It was certainly worth it, as it ultimately also freed up contour measurement technology and established it as a discipline in its own right.