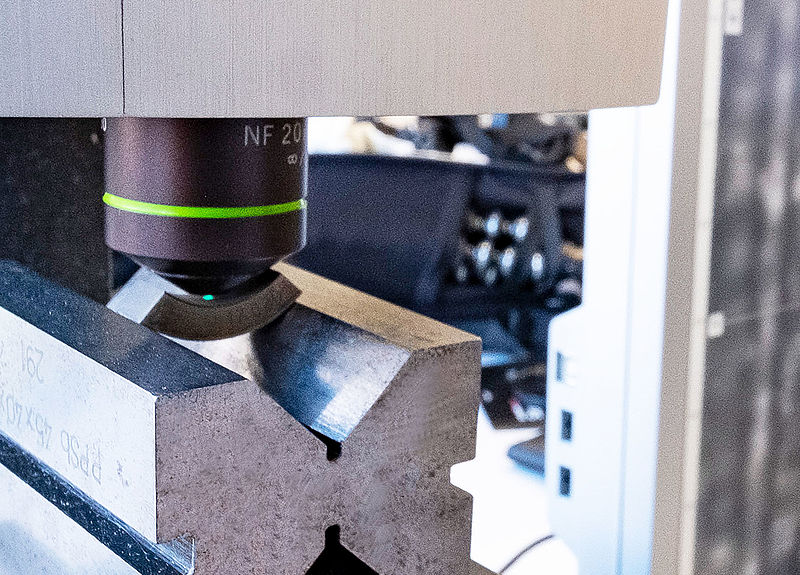 Even in an established discipline such as engine technology, reducing friction remains one of the central development goals. Even if the friction behavior has improved significantly in the last ten to 15 years: There are still opportunities for optimization. In order to track down these potentials, the car manufacturer Volkswagen uses optical 3D metrology from Mahr and NanoFocus for the surface analysis of its components. The aim is to further reduce friction in the engines.

n the future, internal combustion engines should be even lighter, less fuel-intensive and more environmentally friendly on the road – and at the same time best able to put even more power on the road. One way to achieve this ambitious goal is through improved overall efficiency. Frictional losses play an important role here. After all, overcoming friction costs power and friction generates heat, the energy of which is no longer available for movement. At the same time, friction generates unwanted noises that are no longer superimposed in modern cars with electric motors. And finally, friction also leads to wear on the moving parts of an engine. For these reasons, Volkswagen uses a 3D optical method to check where components rub against each other – and at what intensity. 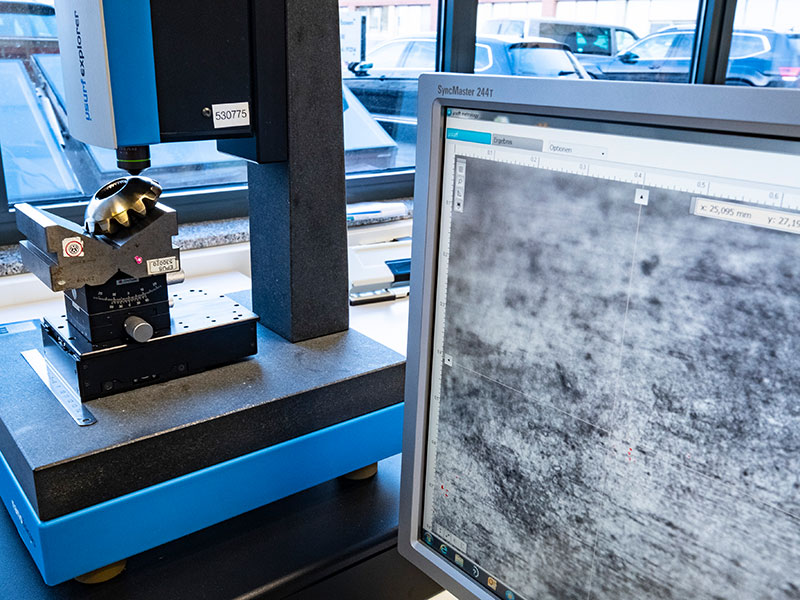 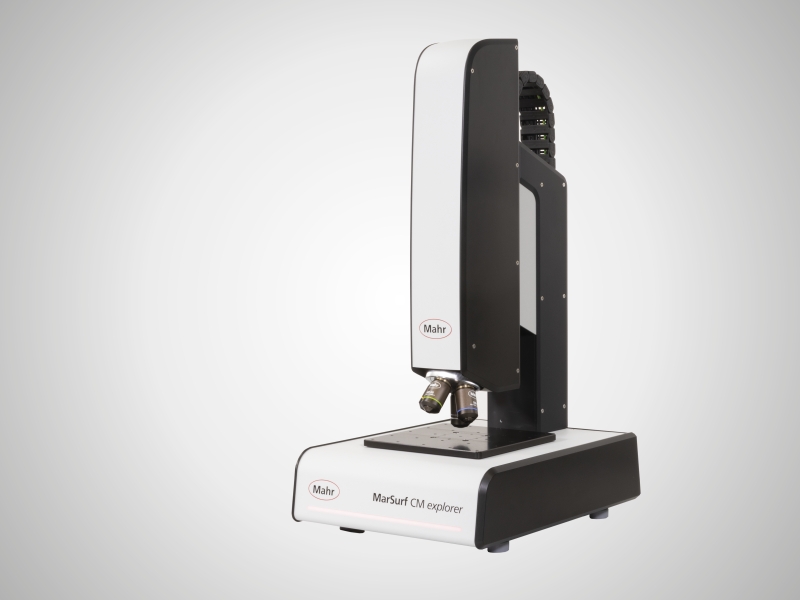 Surfaces show what has happened

Essentially, these are before-and-after tests that measurement technician Stefan Rubach receives as an order from Engine Development. "We are interested in what a component looks like when it is new and after a defined test run," explains the graduate engineer. Wear on surfaces, for example, becomes visible through rougher or smoother structures. "But it is also possible to incorporate notches that change the surface permanently," says Rubach. Three-dimensional optical surface metrology is required to detect such changes within the framework of ongoing R&D projects. The measurement technicians in Wolfsburg use a device from NanoFocus for this purpose, which is now available from Mahr under the name MarSurf CM explorer. Both companies have been cooperating in this field since April 2018. With the MarSurf CM explorer, surfaces are optically and thus contactlessly scanned and subsequently analyzed. The result is a three-dimensional height image. Mountains and valleys can be clearly identified on the image – even if they are not arranged in a directional manner, but distributed stochastically. A 3D analysis is all the more important if the surfaces on the test bench are coated or have precisely guided hollow grooves which, for example, create a retention volume for the oil on the cylinder track.

The MarSurf CM explorer from Mahr is used in Volkswagen's surface metrology as a flexible instrument especially when surface information is required. This involves a precise view of the details of a surface – and not just a profile section, as is the case with tactile measurements.

The optical measuring method of the CM explorer is based on confocal microscopy technology. The special feature: Mahr's instrument filters out the scattered light reflected from the object surface via a rotating pinhole disk. In this way, only the surface points on the CCD chip of the camera that are exactly in focus are imaged. Blurred pixels are faded out. In the first step, a high-contrast and sharp image of the respective surface in a clearly defined horizontal plane is made.

In order to create an assessable three-dimensional reconstruction of the surface (relief), the measuring device automatically changes the focus within the measurement – and thus generates a series of images on different focal planes with the corresponding contour lines.

Layed on top of each other, the result is a three-dimensional image with a resolution that makes structures visible even in the nano range. On average, an image stack consists of 200 to 400 individual images that are captured within a few seconds and converted into a three-dimensional height image by the measurement software. "We don't create images, we create reliefs," emphasizes Stefan Rubach.

High resolution even on large areas

With the MarSurf CM explorer, the internal testing laboratory of Volkswagen engine development at the Wolfsburg location is in a position to literally search for clues. With its 20x magnification, the standard lens covers a measuring spot of 0.8 x 0.8 millimetres. If larger areas are required, the CM explorer has a so-called stitching function. It combines adjacent individual images to form an overall image – similar to a panorama image. This means that even large areas can be analyzed with the highest possible resolution. Mahr's solution thus lives up to its name "explorer": "With many measurement jobs, neither the developer nor we know what to expect," says Rubach describing the subsequent voyage of discovery.

To ensure that measurement results are comparable, repeatability is also important in confocal metrology. This is particularly true when different employees carry out measurements in everyday laboratory work. "Metrology has a lot to do with trust. Trust in the technology and in the employees who work with it," Rubach is convinced. The simple operability of the hardware and software is therefore of central importance to Rubach in order to avoid user errors. But even components that have not been completely cleaned before the examination falsify the results by dirt deposits or dust. For this reason, the hardware of the MarSurf CM explorer is particularly robust.

The measured topographies can be used as test reports in PDF format for further analysis. However, the developers at Volkswagen use the raw data from the surface measurements to integrate the measurement results into their simulation processes. With the help of this unfiltered data, functions and behavior can be accurately predicted during a simulation. Rubach and his colleagues can therefore work very closely with reality. “In the past, calculation models had to be created, but today we have real surfaces and their behavior available in the simulation,” explains VW measurement engineer Rubach. And he continues: “We are developing much closer to reality.”