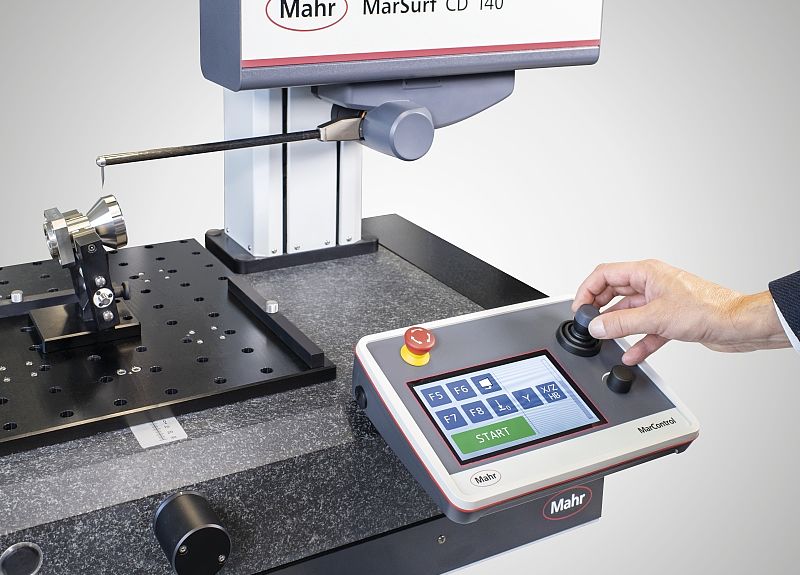 Reducing measurement times means you gain significantly in performance. This is exactly where Mahr comes in with the latest generation of measuring stations for contour and roughness measurement. The devices of the MarSurf CD, MarSurf GD and MarSurf VD series are optimized to accelerate the measuring processes and to simplify the handling for you. To achieve this goal, Mahr has increased the axis speed, developed an innovative clamping system and equipped the touch probe system with intelligence.

The new MarControlmanual control panel supports you in operating your MarSurf CD/GD/VD measuring station – so that you can work even more comfortably.

Info
Tags
#Efficiency plus #Automation
Related News
Back
To top
<