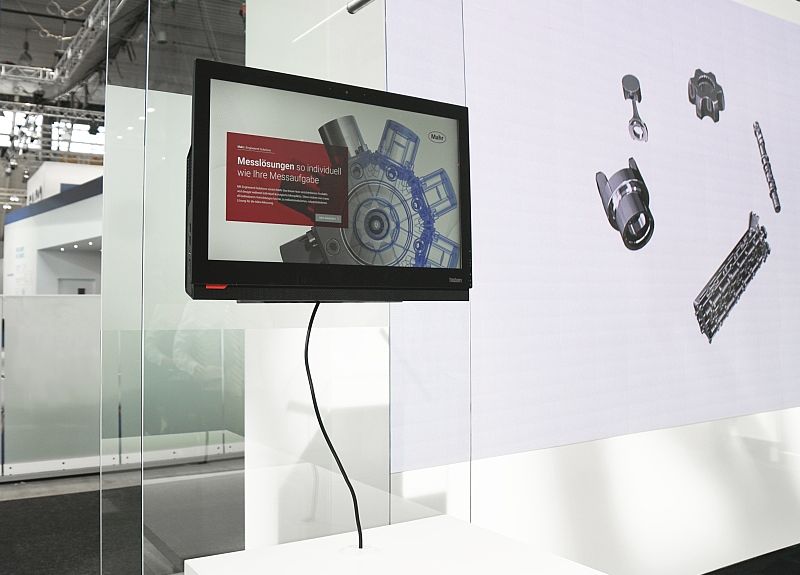 In the workshop or in the measuring room, certain characteristics are typically measured with mobile devices – such as those of engine blocks, for example. These are usually deep blind holes or through holes as well as surfaces that are difficult to access or partially blocked. Even parts that are too large to be placed on a measuring station are usually measured using mobile, hand-held measuring technology.

Problems when measuring at measuring points that are difficult to access

This often leads to difficulties, such as the transducers not being able to reach the measurement location or the lack of fixation causing vibrations or oscillations that lead to poor measurement results. Another problem is that the probe arms of mobile measuring instruments can easily be damaged.

At Control 2019, Mahr will demonstrate, using the example of a NASCAR engine, which solutions the Engineered Solutions team is using to get to the bottom of this problem in the truest sense of the word: whether oil level indication drilling or crankshaft drilling – even the most inaccessible measurements can be carried out with the specially developed bore plug gages such as MCR and MCB.

Further possible fields of application are:

•          Gear components: gearbox inside and outside, gearbox housing

The mobile MarSurf Engineered measuring instruments have been specially developed to enable this type of measurement. The different types (MBF, MCB, MCR, MVG, Custom Design) cover a wide range of applications – from small to large diameters and from low to high bore depths.